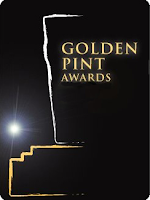 While 2014 & 2015 have offered meagre time for beer exploring, and my wandering beer thirst has had to be contained since my last blog entry due to life events that are likely to take up most of 2016 as well, the desire for adventure and learning about new places and taking my palate on a trip is as strong as ever. I am hoping in 2017 to resume some ‘adventuring’ – to spend Saturdays jumping on a train and visiting York, Bristol, Leeds – to get back to exploring historic pubs, modern bars, and interesting food destinations.


I think I still managed to pack in a fair few new beer samplings in 2015, helped of course by the mad proliferation of “craft” beer bars in London these days – so as well as the ever-expanding London brewery scene (and regular experimentation with new beers & new styles even by the more established London brewers), there has also been a constant flow into the city of beers from all over the UK and the world – including at last a few more ji-biiru reaching these shores, though that is still a largely unexplored import market compared to the amount of craft beer available within Japan.

So this blog and desire for beer & food adventures isn’t dead, merely resting, and I may as well have a stab at rounding up my Golden Pints 2015 and looking ahead hopefully to expeditions to come...
Best UK Cask Beer
I may still be craving a pint or three of @thebathams and getting no nearer to my next dose of it, but there have been some other cask highlights to my year - top of the list is Dark Star American Pale Ale - I was so pleased that Fuller's executed such a sympathetic takeover of The Harp when the owner was ready to retire, and continued to stock this great beer. Fyne Ales cask beers continued to bring me joy when I found them in the Euston Tap or Craft bars. A late mention must also go to Vocation Pride & Joy - found this in Tap East the other night and it was so delicious, and in perfect condition, that we cancelled our plans and stayed for several more. I always feel so pleased there are cask beers out there that still excite me that much!

Best UK Keg Beer
Double Axe from Buxton has been pretty awesome on keg the few times I've come across it this year, so gets my vote. Siren Soundwave and Beavertown Black Betty have continued to be great as well – I think because all of these beers have fierce flavours that stand up to the chilling / less natural conditioning of keg. There have been plenty of pale ales I've tasted on keg this year though that left me distinctly underwhelmed and wondering if a cask version would have given my tastebuds a lot more pleasure.

Best UK Bottled Beer
There'd be no prizes for guessing I'd give this one to the Citra that Oakham ales is producing for M&S – this has been a permanent presence in my drinks cabinet & fridge, a reliable go-to beer. We've taste-tested it several times this year against the own-branded Oakham Citra, and conclude we prefer the M&S version. Fittingly had this as my last beer of 2015.

Best UK Canned Beer
So many good breweries have got into canning this year – I love the format, given that most of my beer purchases have to be carried home in a rucksack, and cans are so portable – in particular I've enjoyed Roosters and Wild Beer Co., but I think Beavertown Black Betty clinches it again as the one I most wanted to open my fridge and see an array of.

Best Overseas Draught Beer
I'm sure I had many good overseas IPAs, sours, saisons, pale ales, Belgian-style and fruit beers this year – but the two that stood out the most for me were the Stone Xocoveza For The Holidays & The New Year that I came across in Ushers in Edinburgh – a really rich, chocolatey stout; and the Lagunitas Mozango (Fusion XXXI) at Euston Tap/Holborn Whippet, which was a great fruity, hoppy mouthful.

Best Overseas Bottled Beer
This would probably go to the two very tasty bottles from Westbrook that I was lucky enough to have a share of at Jackie's birthday party back in May – the Chocolate Coconut Almond Imperial Stout and the Orange Bliss Chocolate Orange Stout.

Best Overseas Canned Beer
Dale's Pale Ale from Oskar Blues continued to impress. Nice to see more cans are making it over here - the Black Heart in Camden continues to be a reliable source.

Best Collaboration
Some people have commented in their Golden Pints that they're not that fussed about collaborations – but I love them – I like the idea that brewers have healthy respect for their peers and make friends across the industry; it might be cliched but it gives me a warm feeling that two breweries I respect have corresponded and come up with a cool beer idea or recipe then had a fun day hanging out to create it, and as a result perhaps introduce their name to new customers who are familiar with their co-collaborators. I really enjoyed the Weird Brodmance from Weird Beard/Brodies – looking forward to the whisky-cask aged version of the same when I come across some!

Best Overall Beer
No change from my last Golden Pints, for it's reliable and sustaining properties throughout 2015 - M&S Citra.

Best Pumpclip or Label
Siren's always look pretty and distinctive, and I love the evolving artwork on To Øl bottles.

Best UK Brewery
My drinking may have been mostly London-centric this year, but the regional established producers continue to impress. A bit hard to pick just one brewery overall out of the many new and established great breweries out there at the minute – I guess I'd have to say Oakham at a pinch cause I drank way more Citra than anything else this year!

Best Overseas Brewery
I don't feel I've had enough experience in overseas beers this year – it's either been reliable stalwarts like Odell & Sierra Nevada, or one-off speciality brews found occasionally from the likes of Cigar City or Lost Abbey. So, no particular overall winner here for me.

Best New Brewery opening 2015
I'd give this to Mad Hatter as they've produced some amazing and inventive stuff that sounds like it shouldn't work but does, but as they opened in 2014, instead I'll say that Cloudwater look like they're shaping up to be pretty exciting!

Pub/Bar of the Year
I haven't been able to venture much outside Central London this year, so I'd have to give this a three-way toss-up between Bartons Arms, which I got to visit again in July and always love; Craft in Covent Garden where I've spent most of my beer money this year; and the Red Lion in Leytonstone from the Antic Group, which made me very happy in the summer, discovering they stocked Odell IPA in bottles!

Best New Pub/Bar opening 2015
Again my lack of being able to travel means I have few to choose from – I know there have been great openings up and down the country that I hope to get to someday like the Cotteridge Wines Tasting Room and the Magic Rock Tap – but closer to home there are two new openings I'm hoping to frequent a lot in 2016. They may not have the widest beer selection, but they look like comfortable places to spend an afternoon or evening – the relaunched Scottish Stores in Kings Cross, and the Resting Hare right by Euston. Spit/Fire in Edinburgh also impressed with it's décor, atmosphere and beer selection.

Beer Festival of the Year
Birmingham Beer Bash without a doubt – great venue, great selection of beers, events and foods, and great people – both those running the event, and the many friendly faces amongst the guests. One of the highlights of my year!

Best city for beer in the UK
London is pretty mad for beer these days – I think I still prefer Edinburgh on the whole (possibly my perception is that Edi is more compact, has more actual 'pubs' where you can get a seat, and has more reliably good-condition cask beer available), but there is such a booming scene in London now with new bars & breweries opening every month, that you couldn't get bored here.

Supermarket of the Year
M&S, obvs.

Independent Retailer of the Year
Royal Mile Whiskies in Bloomsbury, and Kris Wines in Finsbury Park, have provided most of my take-home bottle purchases this year.

Online Retailer of the Year
Don't think I ordered any online beer this year so will have to skip this one, and best get ordering for 2016!

Best Beer Book or Magazine
Have enjoyed Original Gravity when I've seen it out and about – nice to have something easy to read and covering a wide range of beery subjects.

Best Beer App
Untappd – I gave RateBeer a go for a bit but I find I'm often in need of speed when recording impressions of a beer so Untappd is very easy to use on that front – plus I like the ability to share a check-in on Twitter if I want to let other people know a particularly good beer can be found somewhere, and appreciate it when others do this also.

Simon Johnson Award for Best Beer Twitterer
Boak and Bailey again, for sharing lots of info and useful stuff and leading my beery thoughts in various directions this year.

Best Online Brewery Presence
Five Points Brewery takes this – for regularly engaging with drinkers and beer fans on social media and spreading the word about events and ace pubs.

Food and Beer Pairing of the Year
The delicious and varied take on fish & chips from Hook in Camden, paired with an English IPA or Belgian pale from their beer list.

In 2016 I’d most like to...
Get to a city outside of London to explore more pubs, and find a bottle of Cloudwater DIPA!